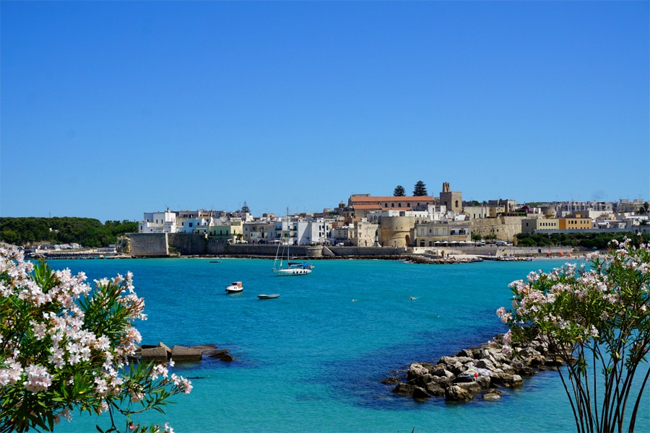 We recently finished a six month tour through Italy. This was our third trip to this beautiful country. On this visit we decided to travel to some lesser known areas, and one of our favorites was Puglia (or Apulia). It was there that we met our friend Andrea De Carlo. He is a fellow foodie as well as a sommelier. Andrea is passionate about the wines of his native Puglia and agreed to write a post giving his recommendations for fellow wine lovers visiting the area. What he delivered was far beyond what we expected and what can only be described as the “Ultimate Puglia Italy Wine Guide.” Some of the poetry of his writing was a little lost in my translation and edits from his native Italian to English. Along with our apologies to him for that, we turn you over to Andrea’s capable hands for a tour though the wines of Puglia.

Where in the World is Puglia?
If I said “Puglia”, what comes to mind? Have any of you heard of it, or have any idea where it might be? We are in the beautiful country of Italy, precisely in the south, in the “heel” of the boot. Puglia is embraced by two long crystalline coastlines. In the heart of this area, there are small quaint villages, secular olive trees and old farms or “Masseria.” 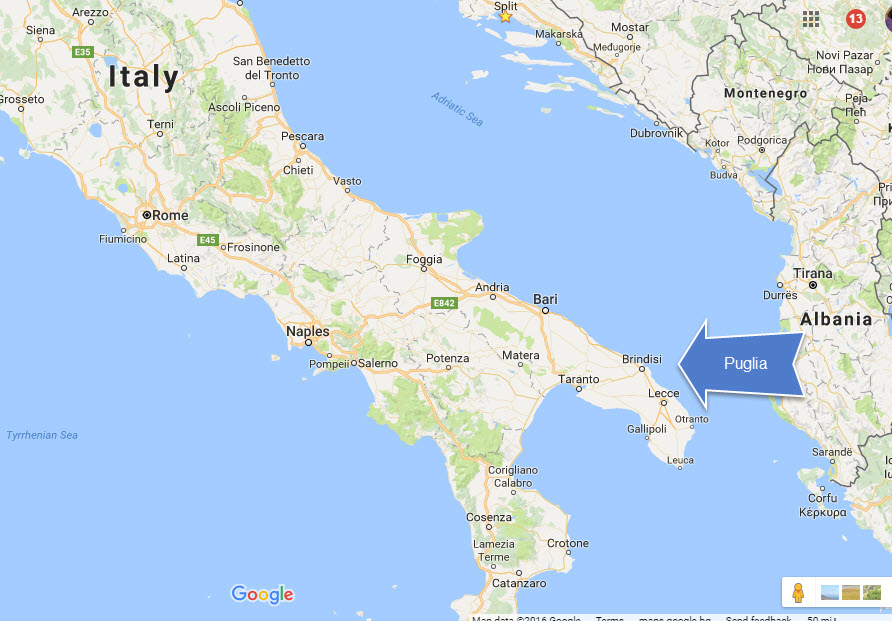 It is in the midst of this heaven, which is still relatively unknown to the world of tourism, where the two wonders of Italian cuisine are elevated to their highest level. Of course, I am speaking of wine and olive oil.

Wine has been made in this land for thousands of years. The grapes of Puglia produce wines of such quality in color and body that they were until the end of the 1800’s used only to give substance to wines produced in both Northern Italy and France. 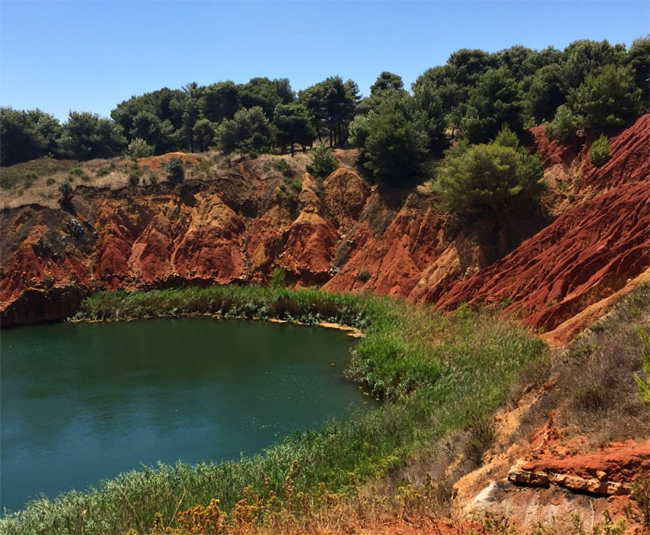 Evolution of Apulian Wine
In the late 19th Century most of the grape vines in Europe were destroyed by a devastating phylloxera infestation. Grafts from North American grape vines were eventually affixed to the roots of their European cousins. These grafted roots emit a sticky substance that prevents the microscopic insects from feeding. Vineyards experienced a resurrection starting in Salento, in Southern Puglia. The resulting wines of Apulia were among the first to be bottled and commercialized in Italy and in the rest of the world. The first example, in 1943, was the “Five Roses” wine from Cantine Leone de Castris. It was the absolutely the first rosé bottled in Italy, and is highly recommended. 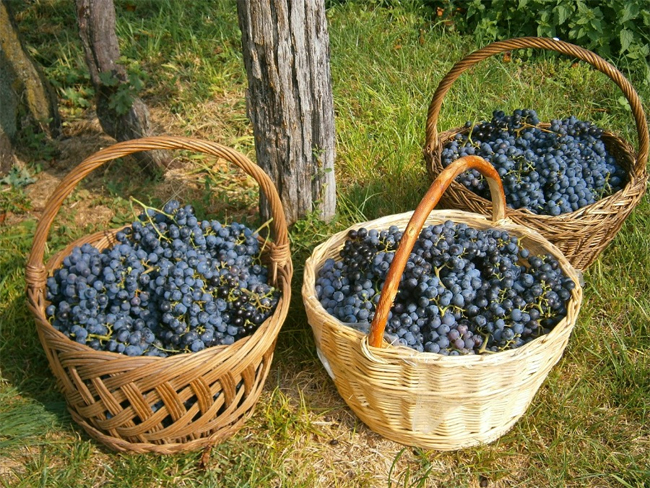 Resurgence of Apulian Wines
New Apulian varietals began to emerge like Negroamaro and Primitivo. Both are of a quality that rivals their better known counterparts in Tuscany and Northern Italy. Along with these two vines, we find other important native varieties, from Salento, including Susumaniello, Uva Di Troia and Malvasia Nera grapes. They are used to produce red and rosé wines, and Verdeca, Bianco D’Alessano, Malvasia Bianca and Bombino to obtain white wines.

These vines, along with other like black Bombino, Minutolo and Aleatico, are all absolutely Pugliesi. The grapes are “impossible” to grow in other areas of Italy, and often even in different areas of the Puglia region, because of poor results.

The Sommelier Recommends…
After this introduction, and recalling that in Puglia the food is just as important as the wine, I will suggest some wine labels that should definitely be experienced during a trip around my beautiful region! As in a real wine tasting, we start “tasting” and speaking about sparkling wines. It is said that in Puglia good sparkling wines are difficult to obtain. Fortunately, we have the d’Araprì cellar.

This well-appreciated company was founded in 1979 with headquarters in San Severo in the province of Foggia. Three friends / founders together exclusively produce Metodo Classico sparkling wines using the “Champegnoise method”. This process includes secondary bottle fermentation like the method that is used to make champagne. Grapes used in the process include the varietals Montepulciano, Pinot Noir, but especially the grape variety Bombino Bianco, with dazzling results.

Apulian Sparkling Wines
To start I suggest definitely the Pas Dosè, with its fine and elegant bubbles, perfect but not trivial for a good appetizer. Then, try Riserva Nobile, a round, soft wine that is aged 48 months in the bottle. It pairs perfectly with fish dishes and strong cheeses. Do not forget to visit the winery, d’Arapri, and its cave! 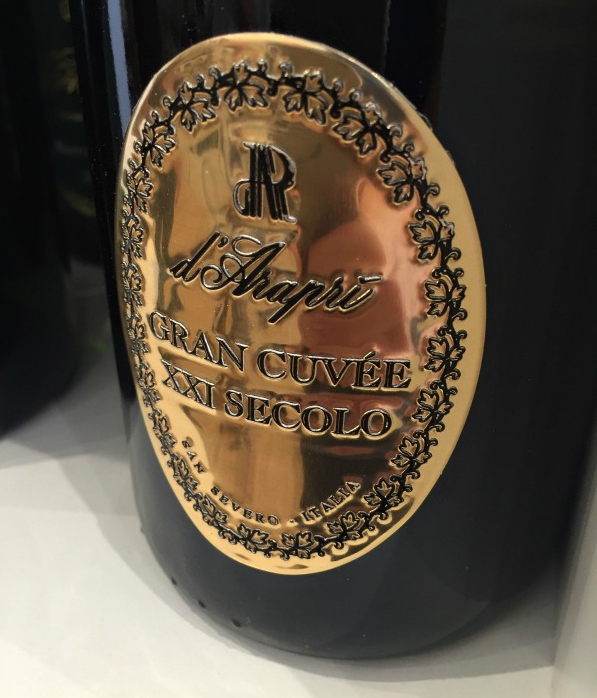